FOUR PAWS is an international organisation working towards a vision of a world in which humans treat animals with respect, empathy, and understanding.

In line with this mission, FOUR PAWS wanted to explore and create a campaign to reduce the consumption of dog and cat meat (DCM) across Vietnam. Whilst much has been reported anecdotally about DCM consumption in Vietnam, there was previously no data on the prevalence of this consumption. The controversial nature of this practice, combined with the often abusive and criminal ways in which these animals are collected, necessitates that the Dog and Cat Meat Trade is very much an informal market, regardless of its popularity in certain communities.

In order to design a campaign with the aim of reducing DCM consumption, FOUR PAWS needed to know what the current levels of consumption are, the breakdown of consumption across various demographics, as well as what drives people to consume this meat. This information allows FOUR PAWS to know who to target, what messages will be compelling to certain target groups and then, at a later date, to be able to measure the success of any initiatives imposed.

The research was conducted by FOUR PAWS and Market Strategy & Development Co., Ltd. (MSD), a marketing and social research consulting firm in Cambodia headquartered in Phnom Penh that has undertaken a number of market, social science, and socio-economic development research projects. For this study, MSD partnered with The Window, a research company in Vietnam with experience in undertaking similar surveys.

The research was conducted in northern and southern cities of Hanoi and Ho Chi Minh City (HCMC) with N=300 respondents from each. The study was presented using Vietnamese Dong (VND) figures. Conversions were made for this report and are provided in US Dollars ($) using a rate of $1 = 23,129.10 and Euros (€) using a rate of €1 = 25,659.76, rounded to the nearest Dollar/Euro.

A summary report on Dog and Cat Meat Consumption in Vietnam

This study shows that it will be difficult to change the behaviours of high-frequency dog meat consumers. As the consumers primarily eat out of habit, taste preference, and social conditioning, there is not one particular method with which to combat their eating preferences.

Changes in the law, proving that the meat is unhealthy and changing the practices of those around them, all present opportunities as well as challenges.

Many who’ve become regular consumers noted that at one point they were hesitant to try the meat, but after eating it, their opinion of the meat changed. Focusing efforts on promoting methods to stop potential consumers from trying the meat in the first place could be one way to reach impact.

Furthermore, there are those who merely eat it out of convenience and habit, but are not particularly indignant about consuming the meat. And there are those who would no longer eat the meat if their friends did not invite them to social gatherings where it is eaten.

If younger generations view it as an old person’s habit or something that is not “cool” for younger people to do, they will stop taking up the habit and others will have no one to join with. The key feature of dog meat is that it is a social food, one that — except for amongst the most frequent consumers — must be eaten in a group with others. This could also be an avenue to reduce consumption. 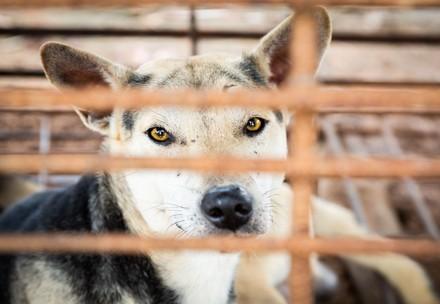 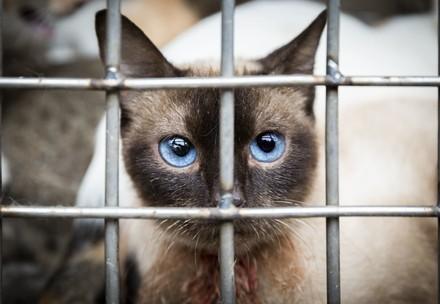 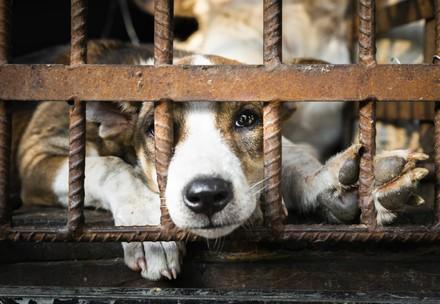 Learn more about the cruel trade in Southeast Asia